The client required larger windows fitted into the roof dormers. Liaising with the chosen window fitting company for the measurements, we first removed the windows causing minimal damage to surrounding render and internal plaster and proceeded to remove three courses of roofing slates beneath them.

Once the slates were removed we began work on altering the frame to suit the new window size. A small flat lead roof was then formed, with a slight fall towards the front gutter, ready for the windows to be fitted.

All the work was completed in just one day using a small mobile tower. 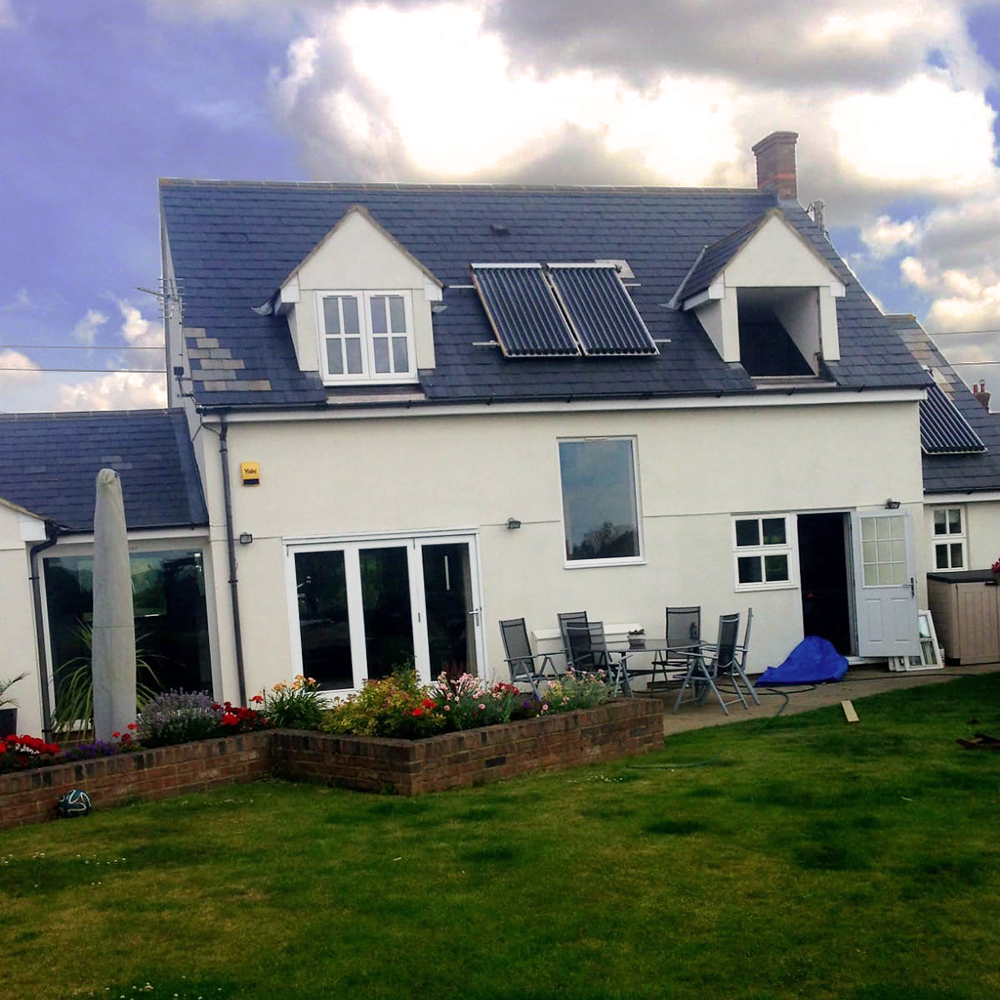 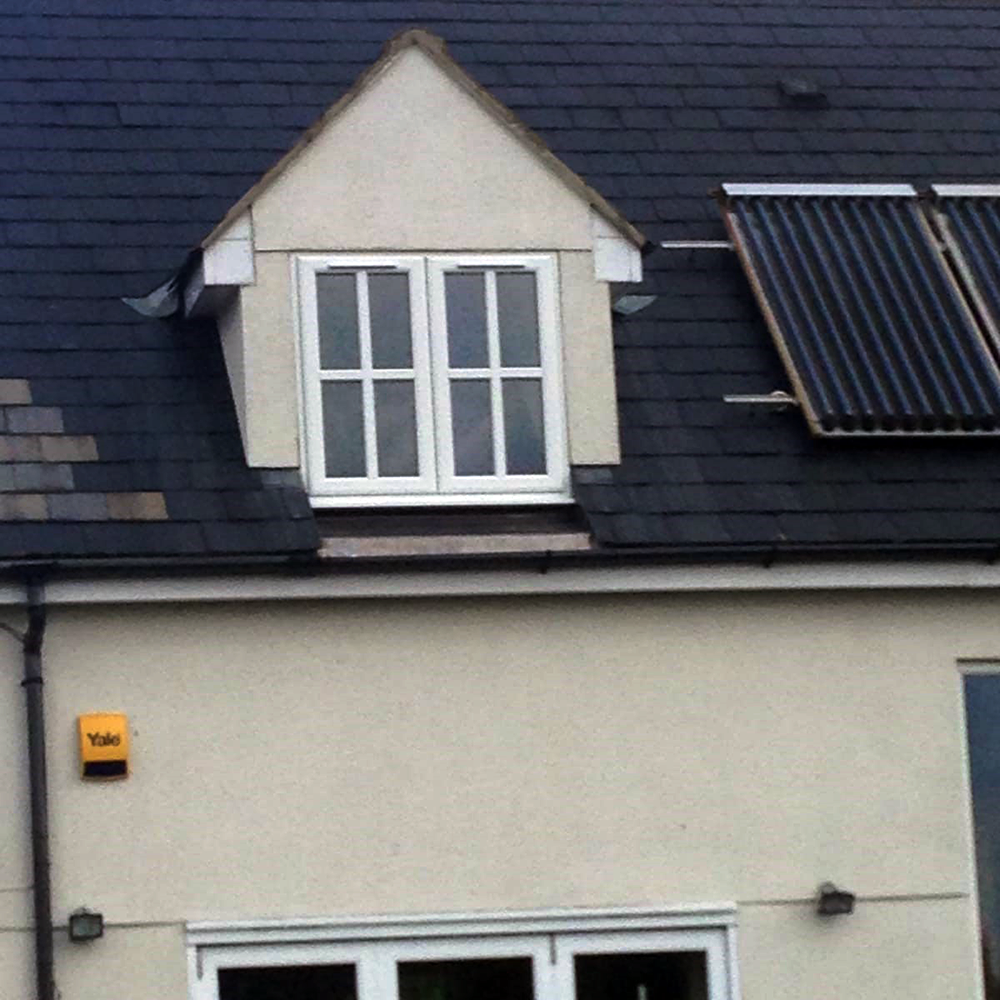 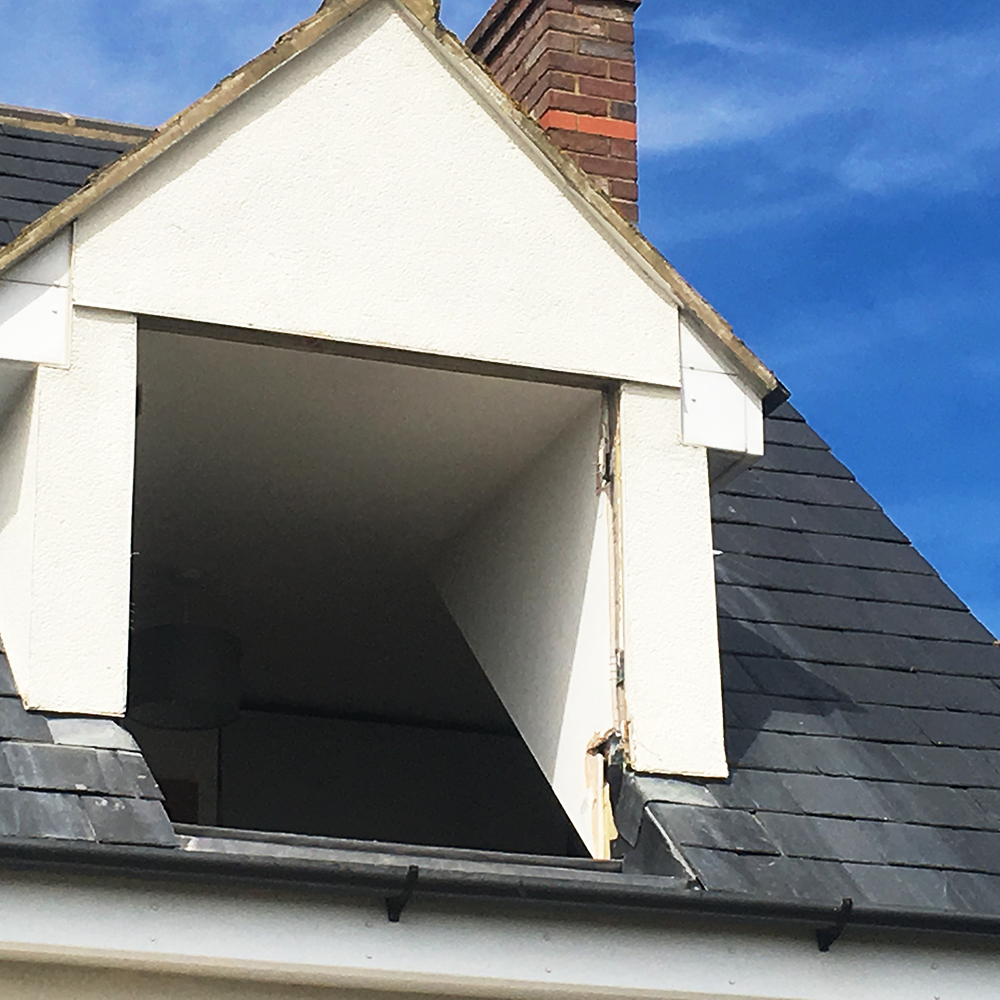 Working for a local builder, Precise Leadwork Ltd worked on a large lead bay window and porch on a listed residential property built in the late 1800s.

Due to the sections of lead being slightly over-sized, small splits and tears were starting to appear. The builder informed us the lead was the original lead fitted when the house was built. Not a bad life span of over 100 years though!

We began the work removing the old lead and then a carpenter repaired any rotten timber work and raising some off the timber step downs to meet LSA requirements. Although altering slightly to meet modern regulations, we were careful not to change the appearance to meet the listed requirements of the property. The builder was impressed with the finish and has since used Precise Leadwork Ltd on further projects. 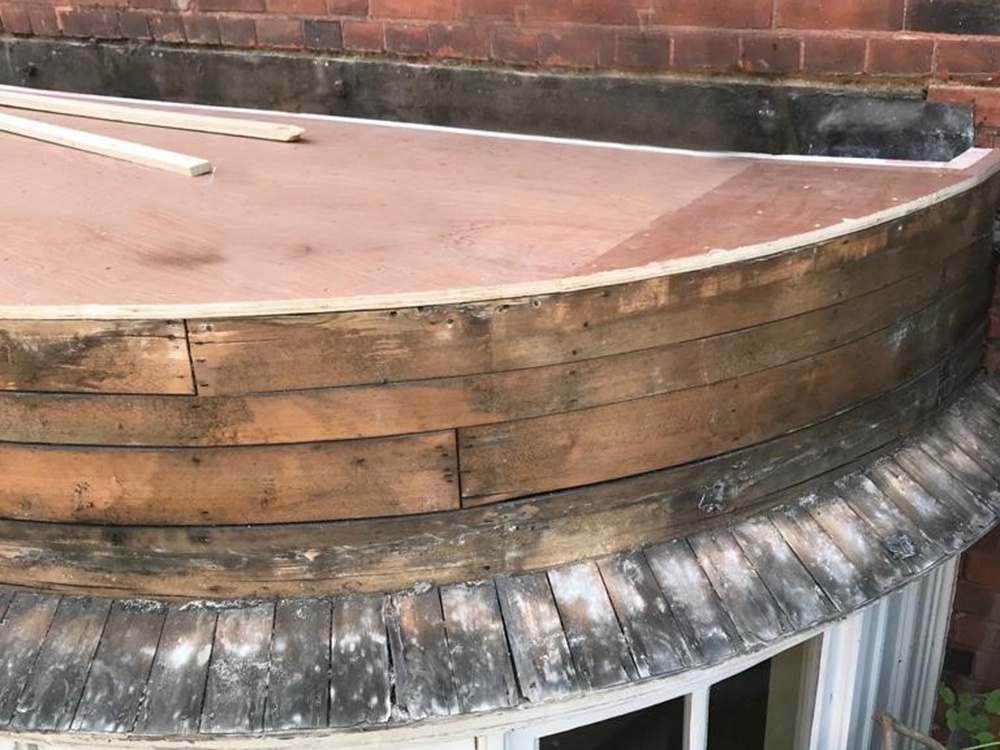 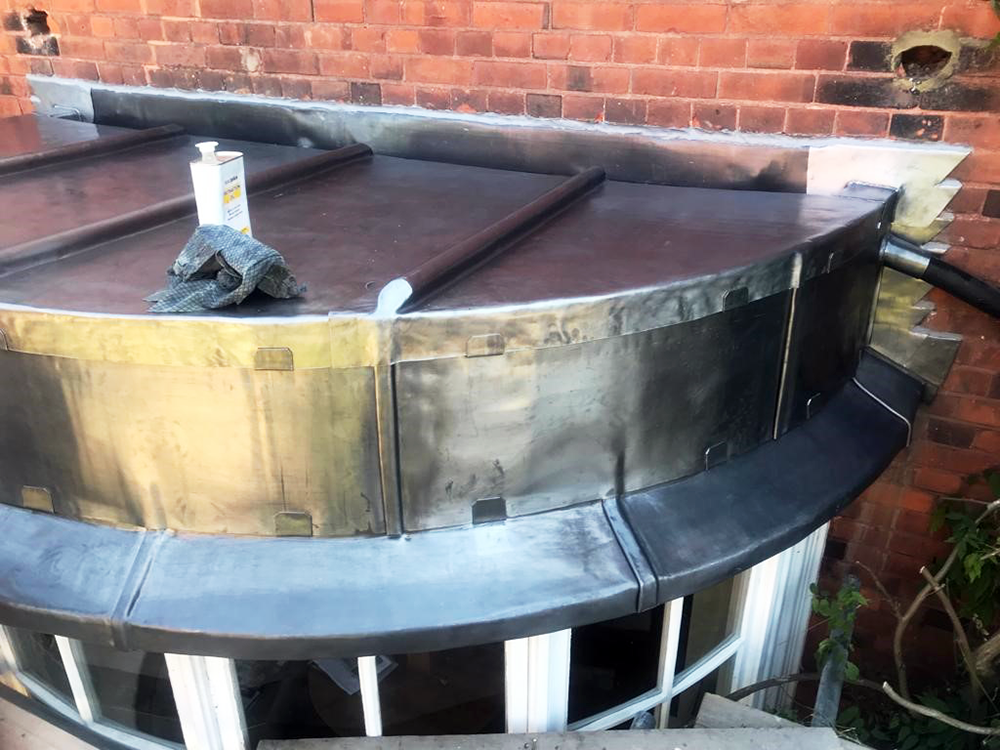 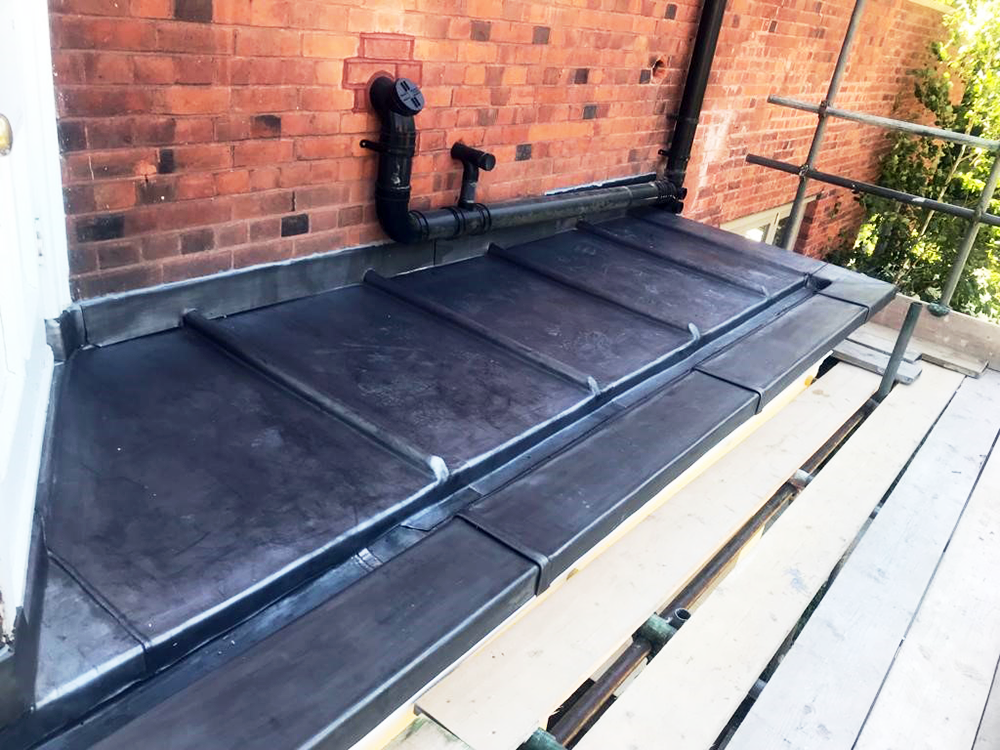 This project was for the director of one our main contractors at his personal home. The job was a large house extension, with an internal flat roof and a slatted mansard roof around the perimeter.

Once the flat roof was finished, we slated the mansard using Spanish natural slates. The lead outlets were then cut and welded into position to allow water to flow from the internal flat roof out onto the slated mansard. Finally, the lead ridges and hips were fitted. We used a Nicolson air track system to provide air-flow through the lead ridge and back through the slatted roof.

Thisproject was the largest plain tiling job ever taken on by Precise Leadwork Ltd; 950 square metres of concrete sand faced plain tiles. The client was a large stone restoration company that had subbed the roof work out to us.

Work began by removing all the old tiles and battens which had more than had their lifespan. All rubbish was put down chutes that were attached to skips at various points on the vast scaffold. Our operatives were mindful to not strip too much roof in one go as all the tenants were still living there whilst the work was taking place. This meant we had to strip a section and reinstate as much as possible in one day.

All tiles were lifted to the roof using scaffold hoists, which were spread out evenly along the scaffold. The project took all in around 11 weeks to complete. 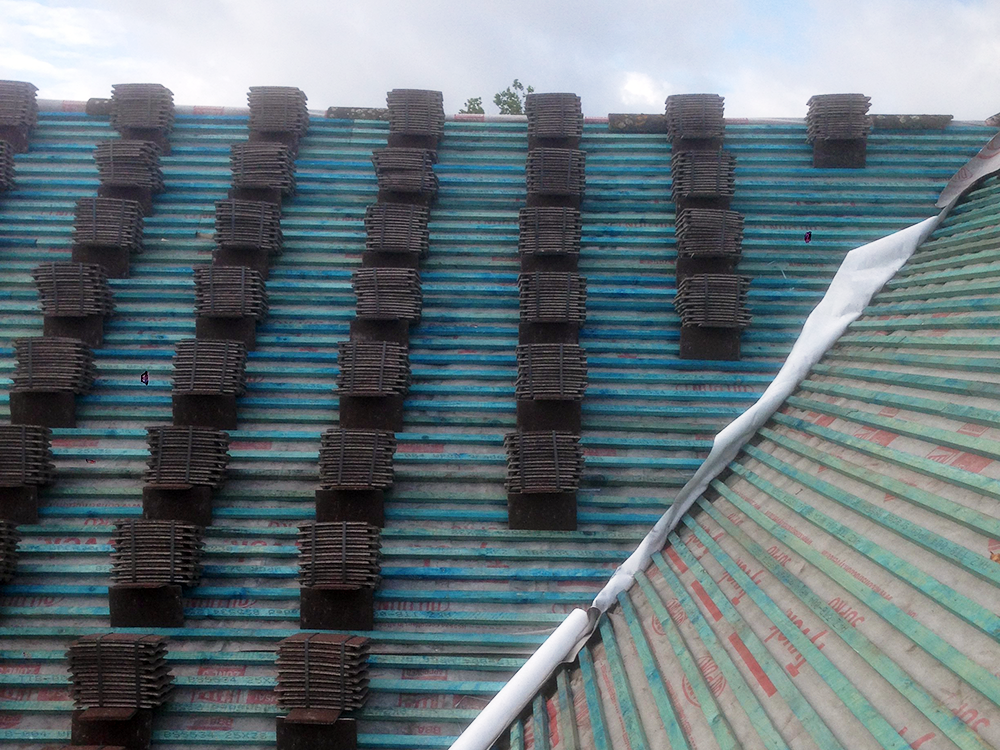 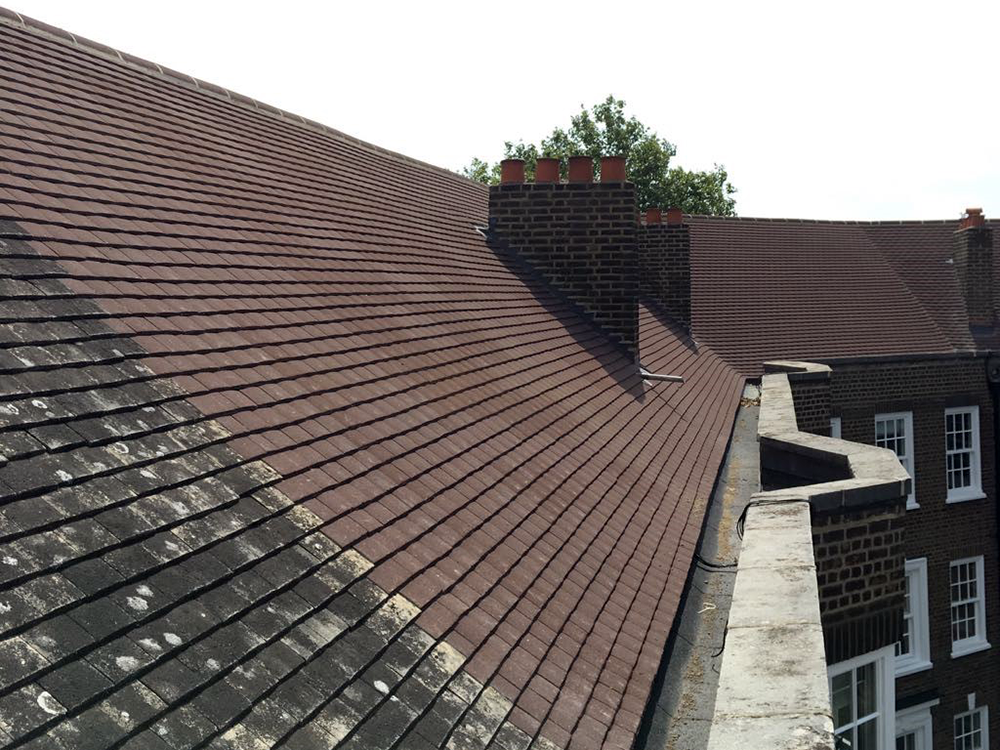 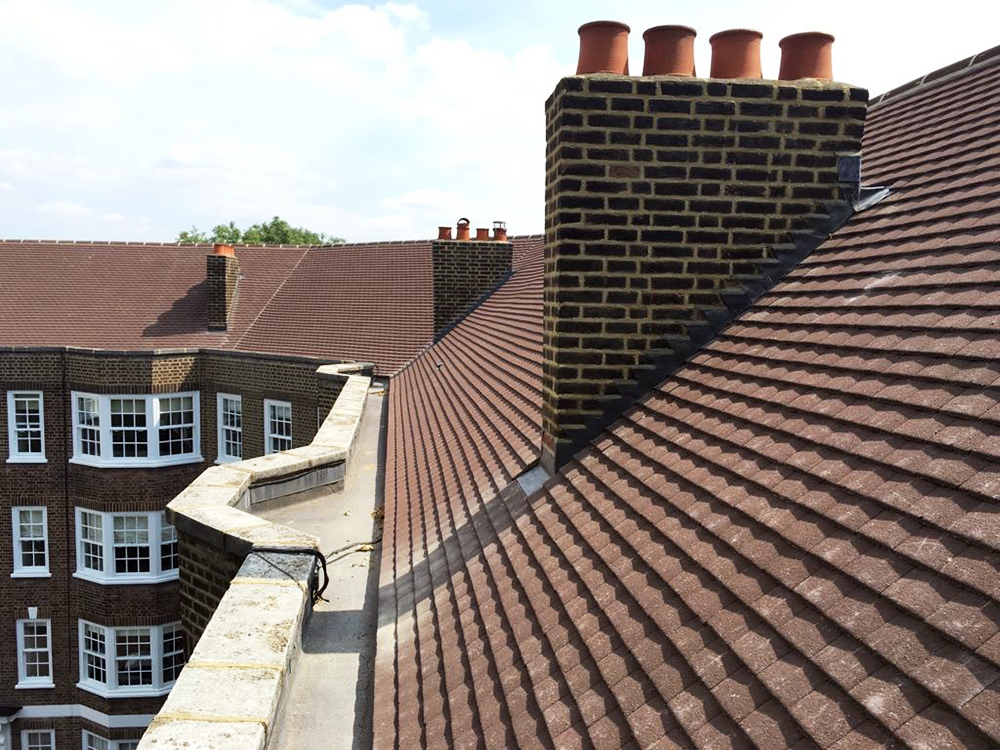